A MORE RELAXED STYLE FOR WOMEN 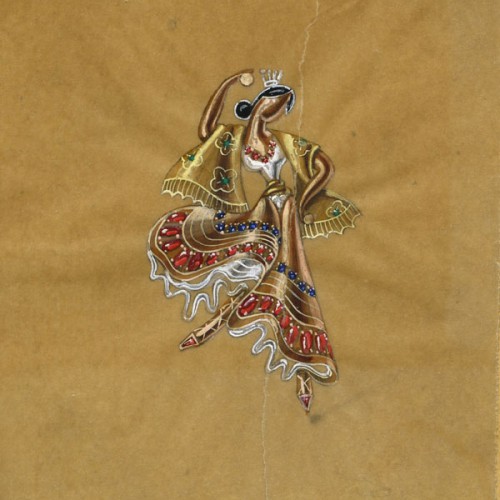 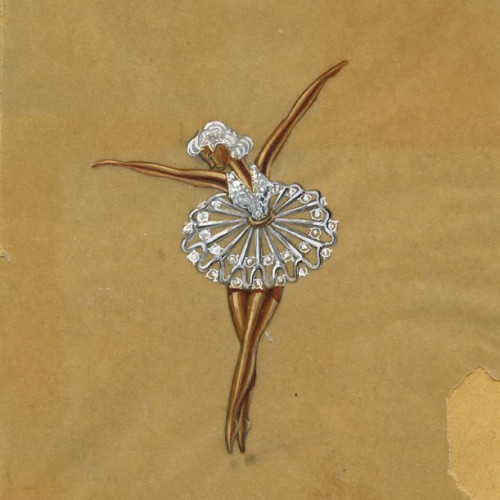 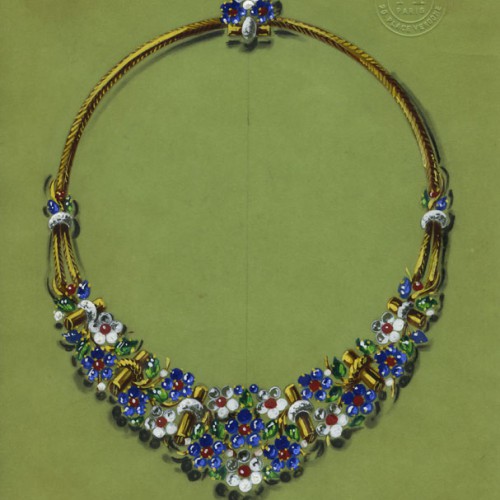 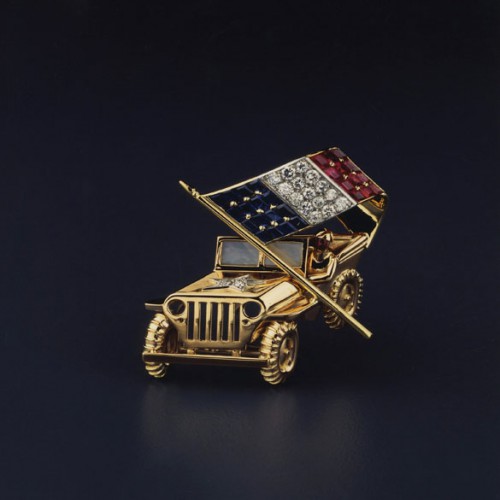 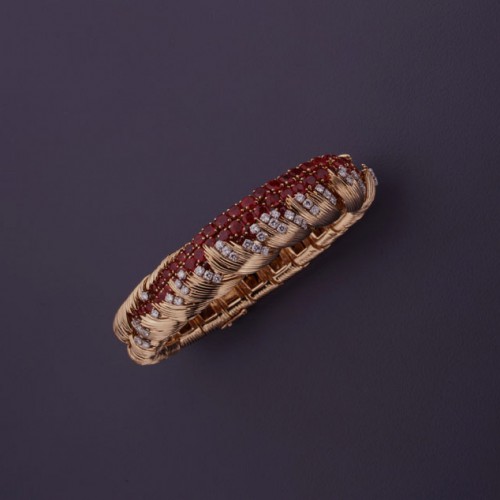 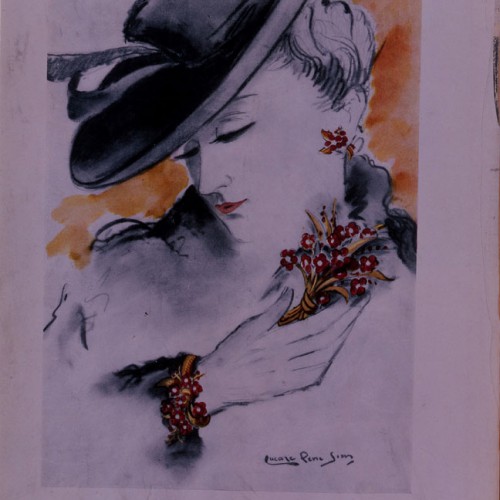 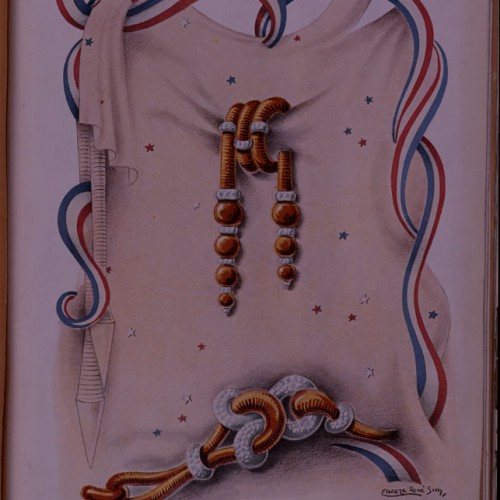 In the years that followed the war, a wave of fantasy swept through the world of jewellery. Pieces became chunkier, with a proliferation of coils and scrolls. Different types of gold – yellow and rose – took over necklaces, brooches and rings, either burnished to create shining surfaces or chased, imitating the texture of fabric or worked into delicately jointed twisted threads or flat ribbons. Stylistically, the constraints of Art Deco style were abandoned in favour of a greater freedom that affected the shapes and designs of jewellery as much as the spirit in which it was worn. Although brooches remained dominant, rings saw a sharp rise in popularity, as did wristwatches decorated with designs from the world of jewellery. These developments were the result of the more active lifestyles women were enjoying at that time. They now played an active role in the country’s economic and political life, winning the vote in 1944 – a symbolic move that was the keystone of a new society.

In 1946, the Maison moved to 20 Place Vendôme, joining other major jewellers such as Boucheron, Chaumet and Van Cleef & Arpels.
In a key development, the windows that looked out onto the street were opened up. This ‘open door’ policy and new way of accessing the world of luxury goods was a sign of a democratisation that would have been unthinkable just ten years earlier. More and more women were buying jewellery for themselves. In 1955, a new ’boutique’ opened selling mass-produced pieces of jewellery aimed at a clientele who understood the value of heritage, while being highly choosy about brands and signatures and exacting when it came to quality and creativity. This gradual realisation on the part of the Maison explains the more systematic signing of pieces of jewellery, which became more commonplace over time.

High-end magazines such as Plaisir de France, L’Art et la Mode, L’Officiel and Vogue continued to play a key role in promoting Mauboussin’s image. These years were marked by the return of the notion of luxury, accompanied by a certain creative exuberance that emerged as a result of a rediscovered joie de vivre. They also saw a greater emphasis on elaborate decoration, thanks to the extensive use of diamonds and coloured precious stones.